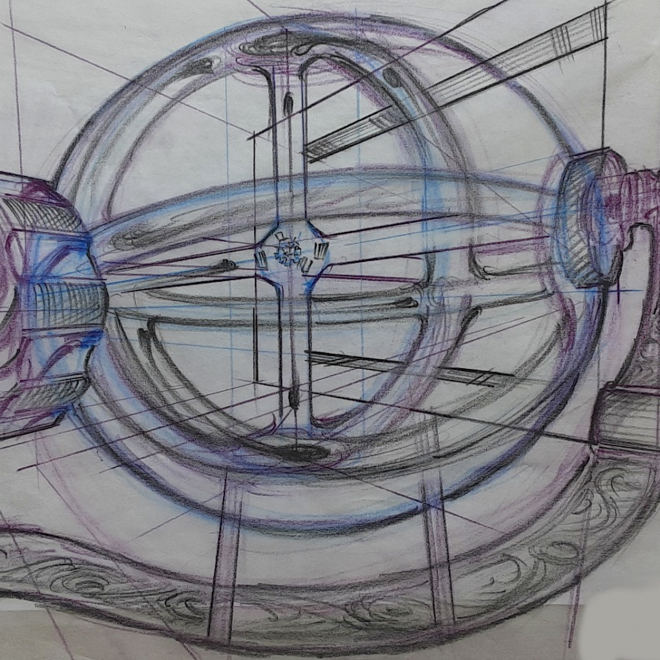 Caption: Cutting-edge quantum physics and Victorian-era science collide in the emerging field of quantum thermodynamics in a new research hub hosted by the University of Maryland. (Credit: Bruce Rosenbaum and Jim Su)

The University of Maryland is hosting a new $2 million project aimed at making the state of Maryland a central hub for research in the emerging field of quantum thermodynamics, which studies the rules that govern how energy flows in quantum systems.

The Maryland Quantum-Thermodynamics Hub, supported by a grant from the Templeton Foundation, will bring together researchers from several universities to galvanize a field that is central to understanding the workings of our universe and to developing robust quantum technologies, ranging from a new class of computers to secure communications networks. It will be based in the Institute for Physical Science and Technology at UMD.

Leading the project at UMD are Christopher Jarzynski, a Distinguished University Professor with appointments in chemistry and biochemistry and in physics, and Nicole Yunger Halpern, a fellow in the Joint Center for Quantum Information and Computer Science (QuICS) and a scientist at the National Institute of Standards and Technology.

In the quantum world, you don’t need to just think about the movement of energy and particles—as in traditional thermodynamics—but also about the movement of information in uniquely quantum ways. The thermodynamic rules of quantum systems require significant additional research before physicists can understand them as well as they do the established laws of thermodynamics that govern heat flow in things like refrigerators, steam engines and rocket thrusters.

The Maryland hub team is not scrapping traditional thermodynamics completely, however. Instead, it is combining physicists’ established understanding with the modern tools of quantum physics and information processing to develop deeper insights.

The scientists involved in the Maryland Quantum-Thermodynamics Hub say they’re not only interested in a richer understanding of quantum physics and its use in technology, but also how it connects to the flow of time and the laws of classical physics we constantly see playing out in everyday life.

In addition to cutting-edge research, the hub team also plans to organize symposia, seminars, an international conference, a visitors program and a science-fiction short-story contest.

Read a blog post on the establishment of the hub by Nicole Yunger Halpern, or Maryland Today’s previous story on her recent book on the field of quantum steampunk.