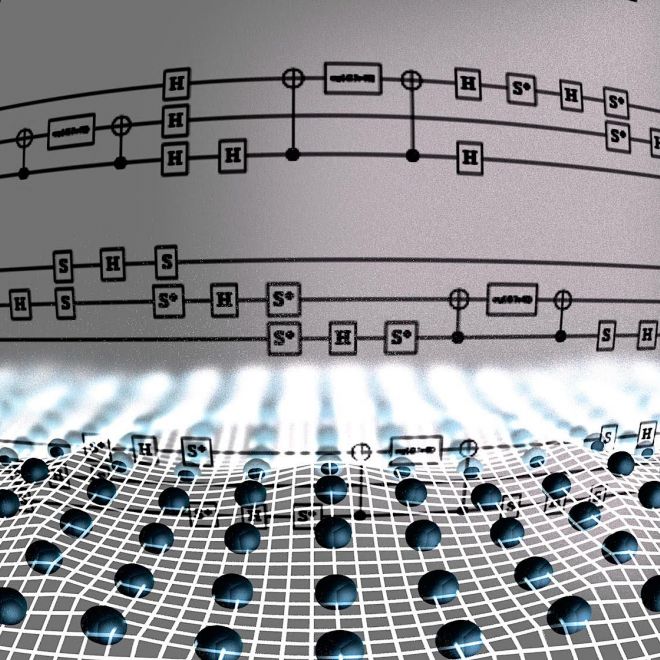 Four Fellows of the Joint Center for Quantum Information and Computer Science (QuICS) have joined a national effort to develop quantum technologies that will usher in a new era of scientific discovery and innovation.

Chris Monroe, a Distinguished University Professor and the Bice Seci-Zorn Professor of Physics, and Alexey Gorshkov, an adjunct associate professor of physics, are part of the Quantum Systems Accelerator (QSA), another multi-institutional quantum center announced this week.

Each center is funded by a $115 million award from the Department of Energy (DOE). Both were established in support the National Quantum Initiative Act of 2018, which is a roadmap for enhancing America’s national security and retaining its global leadership in scientific research and development—goals that require broad expertise and capabilities.

“We pulled together a fantastic team from four national laboratories, three industry partners and nine universities to overcome key roadblocks in quantum state resilience, controllability and ultimately scalability of quantum technologies,” said QSC Director David Dean, a physicist at the Oak Ridge National Laboratory, where the new center is headquartered. “We are prepared to catalyze quantum materials, computing and devices research to significantly impact the national quantum ecosystem.”

Childs and Wu are part of the algorithms and simulations thrust. Childs will be active in developing algorithms that provide better approaches for Hamiltonian simulation, which is used to efficiently characterize the evolution of a quantum state. Wu will collaborate with Childs and others on that same task, and will also work on automating Hamiltonian simulations in another project starting in the second year of the QSC’s activities.

The QSA center where Monroe and Gorshkov are active is led by Lawrence Berkeley National Laboratory. It brings together dozens of scientists who are pioneers of many of today’s quantum capabilities.

Joining Monroe and Gorshkov in the QSA are Norbert Linke, an assistant professor of physics, and Mohammad Hafezi, an associate professor of physics and of electrical and computer engineering. Monroe, Gorshkov, Linke and Hafezi all have appointments in Maryland’s Joint Quantum Institute, and will collaborate closely with researchers at Duke in a quest to build and use ion-trap based quantum computers.

“The quantum processors developed by the QSA will explore the mysterious properties of complex quantum systems in ways never before possible, opening unprecedented opportunities for scientific discovery while also posing new challenges,” said John Preskill, the Richard P. Feynman Professor of Theoretical Physics at Caltech and the QSA scientific coordinator.