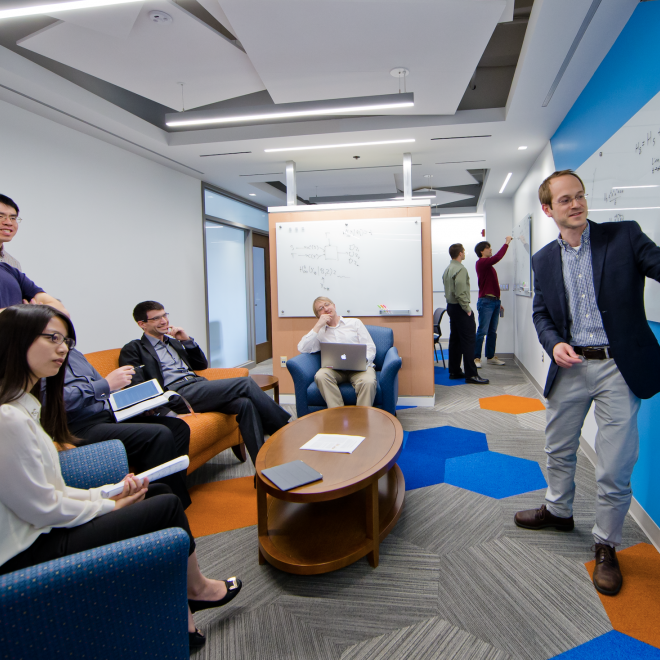 Researchers from the Joint Center for Quantum Information and Computer Science (QuICS) have had 10 talks accepted at the 24th Annual Conference on Quantum Information Processing (QIP), the premier international conference on theoretical topics in quantum information and quantum computation. This year’s conference, which is being hosted by the Technical University of Munich and the Munich Center for Quantum Science and Technology, will be held virtually Feb. 1–5.

QuICS graduate students, Fellows and alumni are all represented in the conference program, which this year will feature more than 100 talks. Six of the 10 papers accepted from current QuICS members include graduate students as co-authors, several of whom will be delivering talks on the results.

“It’s great to see results at QIP from so many different QuICS members on such a wide variety of topics,” says Yi-Kai Liu, one of the co-directors of QuICS. “Our alumni are also well represented in the program.”

On Feb. 1, QuICS graduate student Honghao Fu will present joint work with QuICS Fellow Carl Miller on deciding whether a given two-party correlation is quantum. Together with a colleague, the researchers proved that for a certain family of correlations the question is actually impossible to answer—meaning that the membership of a correlation (“Is it quantum or not?”) cannot be computed.

QuICS graduate student Shih-Han Hung will present results from a collaboration with QuICS Co-Director Andrew Childs and QuICS Adjunct Fellow Gorjan Alagic, along with several others, on Feb. 1. The researchers developed two quantum analogues of classical non-interactive zero-knowledge proof protocols, which allow a prover to verify the solution of a hard computational problem without learning anything other than its correctness. The two new techniques mix quantum and classical steps in novel ways and could potentially be useful for cryptographic applications.

On Feb. 2, QuICS graduate student Jiaqi Leng will present joint work with colleagues describing a new quantum algorithm for solving certain optimization problems (or, as the paper describes it, “for escaping from saddle points”). Leng says that the algorithm, which achieves a cubic speedup over the fastest known classical algorithm, could have potential applications in statistics, operations research or artificial intelligence and that the techniques used to prove the result offer physicists an important conceptual understanding of the computational power of some common physical processes.

A trio of QuICS graduate students—Minh Tran, Abhinav Deshpande and Andrew Guo—along with QuICS Fellow Alexey Gorshkov, will present results on a new method for generating entanglement and shuttling quantum information around inside a physical system. The new protocol is also optimal—it achieves the tasks as quickly as quantum physics will allow. Tran will deliver a talk about the result on Feb. 2.

Deshpande and Gorshkov, together with QuICS alumnus Bill Fefferman, had a second paper accepted, which Deshpande will present on Feb. 3. In it, the researchers study the interplay between the difficulty of certain computational problems and a physical feature of quantum systems known as the energy gap (the difference, if there is one, between the lowest quantized energy and the next lowest). In particular, they show that in certain circumstances the presence of a gap between these two energies reduces the complexity of a corresponding computational problem, characterizing the role that the energy gap plays in the difficulty of solving some physically natural problems.

Childs and QuICS graduate student Daochen Wang, along with several co-authors, had a paper accepted that was also presented at the 61st Annual IEEE Symposium on Foundations of Computer Science this past November. In it, the team ruled out the possibility of achieving exponential quantum speedups for problems with graph symmetry. A colleague will present the result on Feb. 5.

The three newest QuICS Fellows—Matt Coudron, Michael Gullans and Victor Albert—have also had papers accepted, and Alagic had a second talk accepted as a short plenary. Additionally, on the day before the conference, Childs will be teaching a short course on quantum algorithms as part of a tutorial program.