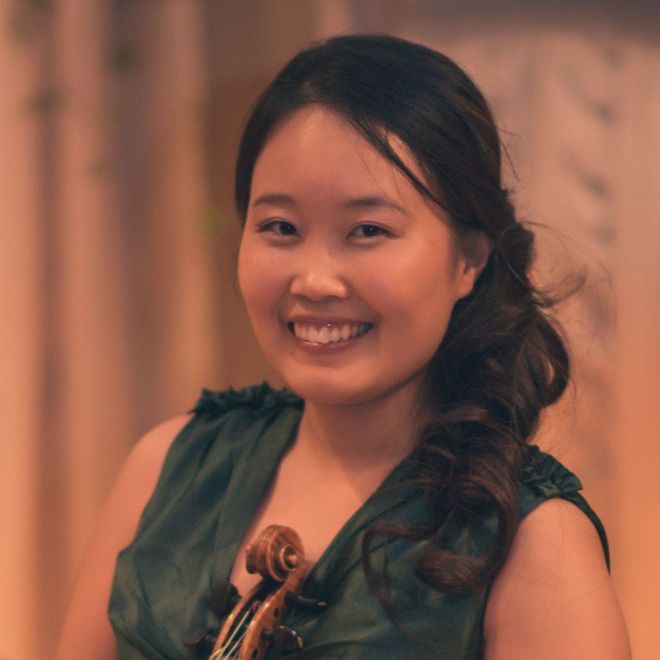 Lucy is a mathematical physicist working at the intersection of mathematics and quantum information.  In particular, she works on topological quantum computation, topological phases, quantum error-correcting codes and fault tolerance.  Her interests in mathematics range from algebraic topology and Hopf algebras, to category theory and TQFTs.  These are precisely some of the most central pieces of mathematics involved in the study of topological phases and topological quantum computation.  She enjoys approaching her subjects of physical relevance from a mathematical perspective.  For example, she currently studies the defect theory, like domain walls, in Kitaev's quantum double model using Hopf algebras, category theory and ideas from TQFTs.

In addition to being a mathematical physicist, part of her job at the University of Maryland also involves exploring some intersections between music and science.  Lucy is a classical violinist.  Besides performing standard classical repertoire in her own time, she loves to create classical music deeply inspired by science, with the goal of bringing them to the performing stage or lecture halls.

Lucy seeks to help people better understand and appreciate science via the language of music, and at the same time, to source inspiring scientific ideas for the creation of beautiful music.  And she still aims to push the frontier of science.

In a former life, she was also an aspiring opera singer.  But in all seriousness, if you are a scientist and if music means something to you, please don't hesitate to reach out!